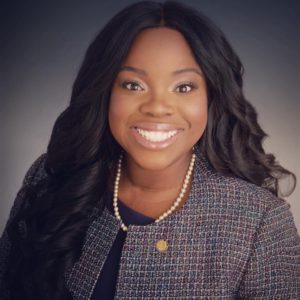 Jamie A. Scott is the Executive Director for Pulaski County Youth Services, a small business owner, a North Little Rock native, and State Representative for Arkansas House District 37. She has dedicated her career to public service and to fighting for equal rights and fair opportunities for all.

As Pulaski County Youth Service’s Executive Director, Jamie ensures ACT Preparation, leadership development, and academic enrichment programs are available to children in Pulaski County. To support these efforts, she has successfully secured over $3 million in government and community grants for youth programs and juvenile transition services. Before joining Pulaski County Youth Services, Ms. Scott dedicated five years as Director of Upward Bound Programs at an HBCU through which she prepared first-generation low-income students for postsecondary education. 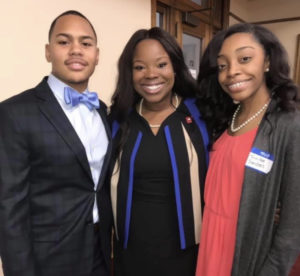 Additionally, her commitment, dedication, and strong work ethic has afforded Jamie numerous appointments including Governor Mike Beebe’s selection to serve on Arkansas’s Legislative Task Force on Abused and Neglected Children and to participate in the Delta Regional Authority’s Executive Leadership Academy as well as being Senator Joyce Elliott’s selection for the Arkansas Legislative Vision 2025 Commission on the Future of Higher Education.

Ms. Scott is a graduate of the John F. Kennedy Harvard School of Government Executive Education Authentic Leadership Program, the Women’s Campaign School at Yale, the Little Rock Chamber’s Leadership Greater Little Rock Class XVII, the Lead AR Class XIII Leadership Program, and the distinguished Presidential Leadership Scholars Program hosted by the Clinton Foundation, George W. Bush Foundation, and Lyndon Baines Johnson Foundation. She is a recipient of the 2018 Woman of the Year Award, 2017 Citizen of the Year Award from Omega Psi Phi Fraternity, the Democratic Party of Arkansas’s 2017 Emerging Leader Award, the Bishop D.L. Lindsey Spirit of Excellence Community Award, the William H. Bowen School of Law’s GLO Award, and the Women of Excellence in Education Award, in addition to many others.

Ms. Scott is a member of the Worship Center Church of God in Christ in McAlmont. A former board member for Volunteers in Public Schools and AR Kids Read, Jamie currently serves on the board of Just Communities of Arkansas, the State and Executive Committee of the Democratic Party of Arkansas, and is an active member of Alpha Kappa Alpha Sorority. Jamie spends her free time traveling, mentoring youth, and volunteering throughout her community. She is a graduate of North Little Rock High School and received a Bachelor of Arts in Criminology and Sociology and a Master of Arts in Criminal Justice from Arkansas State.

Follow on us on social media to stay up to date with our campaign.